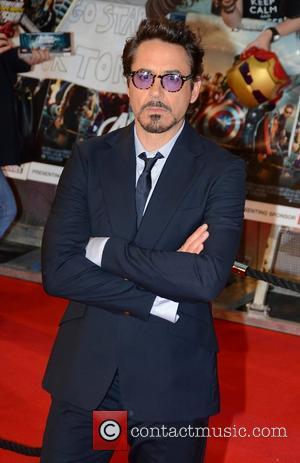 Thousands of fans turned out to catch a glimpse of some of the biggest stars in Hollywood for the European premiere of the Avengers Assemble in London on Thursday (April 19, 2012). Stars including Robert Downey Jr, Scarlett Johansson, Mark Ruffalo and actor Chris Hemsworth didn't disappoint, spending over an hour on the red-carpet chatting with the crowds and signing autographs, according to the UK's Daily Mail.

The hugely anticipated movie hits cinemas next week (May 4, 2012), following a crack team of heroes who form an alliance in order to save the world from destruction. The movie has been hyped for months and Downey Jr admitted he was nervous the flick wouldn't live up to the fans expectations, "The movie turned out really well, I am a really nervous parent with this type of thing, I don't want people or the fans to be disappointed and fortunately this turned out great". The actor reprises his role as Tony Stark aka Iron Man, with Chris Hemsworth once again playing Thor, Scarlett Johansson as the Black Widow and Mark Ruffalo playing The Hulk. On keeping up with his superhuman alter ego, Downey Jr joked, "Sometimes I get tired I mean personally, but Iron Man never gets tired but I try to keep up with role.I drink caffeine and that helps."

The movie currently holds a score of 100 per cent on the review aggregating site Rotten Tomatoes, with James White of Empire Magazine writing, "A joyous blend of heroism and humour that raises the stakes even as it maintains a firm grip on what makes the individual heroes tick".