"You're F--cked!" Robert DeNiro's Words Of Wisdom To NYU Graduates

Robert DeNiro had some explicit advice for graduates from the Tisch School of Arts on Friday.

Robert DeNiro gave a rousing speech to graduates of NYU’s Tisch School of Arts on Friday, beginning by offering his congratulations and then bluntly telling students, “You’re f—ked!” 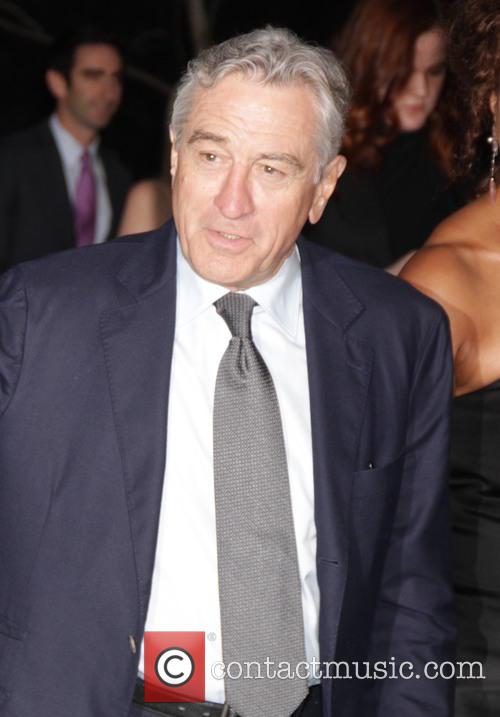 DeNiro spoke at the Tisch School of Arts graduation ceremony.

The Oscar winner was greeted with applause by the graduates who seemed to enjoy his no-holds barred commencement address. “Tisch graduates, you made it,” De Niro began his speech. “And, you’re f–ked.”

“The school of medicine graduates, each will get a job,” he continued. “So will the law school grads and if they don’t who cares, they’re lawyers. Teachers, they’ll be working, s----- jobs and lousy pay, but they will be working. But you are opening a door to a lifetime of rejection”.

De Niro jokingly added that the one piece of advice he gave his own children was to, “never attend the Tisch School for Arts” and to major in accounting. But while the graduate’s paths may be more uncertain than others, what they have all got is passion, something which the actor can relate to.

“You discovered a talent, developed an ambition, and recognized your passion,” he said. “When you feel that you can’t fight it, you just go for it. When it comes to the arts, passion should always trump common sense.”

“Yeah you’re f–ked,” he added. “The good news is, that’s not a bad place to start.” DeNiro told the grads to keep on working and said that even he has to deal with rejection, joking that he was recently turned down for the part of Dr. Martin Luther King in Selma.

De Niro concluded by saying that he intends to pass out his resume and head shots to any newly graduated directors in the room. “I know you’re gonna make it,” he finished. “Break a leg. Next!”