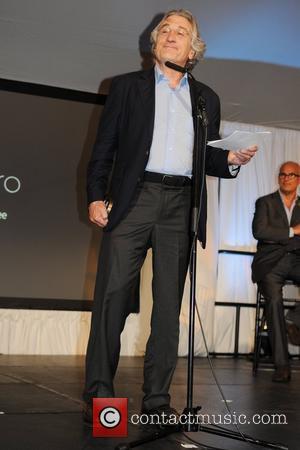 Most fans of Robert De Niro are still adamant the legendary star has one more great role in him, though it's probably not his latest flick 'Red Lights'. The movie, also starring Joely Richardson and Sigourney Weaver, has been savaged by critics ahead of its release next week.
The movie actually boasts an interesting premise, with psychic Simon Silver (De Niro) coming out of retirement after 30 years to practise apparent ghost whispering and faith healing. Paranormal researchers Dr Margaret Matheson (Weaver) and Tom Buckley (Cillian Murphy) attempt to debunk the psychic's fraudulent claims. The film has so far fallen short of critic' expectations, with the Los Angeles Times writing, "It's not so much the narrative sleight-of-hand that is irksome, as the implication that there may have been a better movie lurking in there the whole time". The New York Times joked, "They should have known that a levitating De Niro was simply a seance too far", while Salon.com slammed the movie, saying, "This movie boasts a few lurid, gothic shocks and culminates in a startling outburst of violence, but it's got nothing to say (beyond the repeated insistence that it's got many dark and troubling things to say)". Usa Today's critic Claudia Puig suggested, "Someone should have stopped Red Lights".
So it looks as though Robert De Niro's wait for his next great role continues, though his forthcoming movie 'The Comedian', directed by Sean Penn, is already being talked up in Hollywood.