Robert De Niro and Martin Scorsese have been toying with the idea of working on a memoir together. 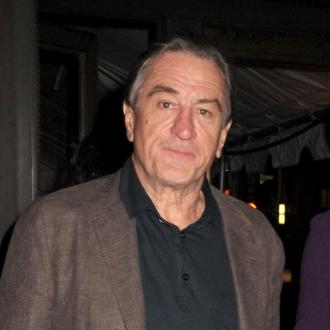 Robert De Niro may write a book with Martin Scorsese.

The legendary actor may team up with the Oscar-winning director - who he has worked with on movies such as 'Goodfellas' and 'Raging Bull'- for some sort of memoir, but De Niro is less keen on the idea of an autobiography.

He told BANG Showbiz: ''It takes time to [write an autobiography] and I just haven't [got the time]. Once, Scorsese and I were thinking of doing a book together and we still might.''

The screen icons are also looking to work together on another movie which would follow their slew of successful collaborations in the past.

He revealed: ''We have another gangster film we're going to [make] and it's a very interesting one. I'm looking forward to it.''

De Niro has starred in numerous gangster flicks, including his recent film 'The Family', and believes movie-goers are fascinated by the gangster genre because it allows them to live vicariously through the care-free, devilish characters.

He explained: ''I guess people are fascinated by them because they're against the establishment in some ways, and in some ways they're not, and they break the law and the rules.''