Robert De Niro has admitted he feels closer to younger people such as Bradley Cooper than other actors his own age. 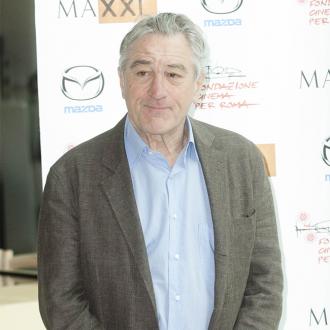 The 72-year-old Oscar winner admits he doesn't really feel his own age and enjoys hanging out with his more youthful co-stars.

He said: ''I have young actor friends like Bradley Cooper. I feel closer to younger people than I do people my own age, except for some of my dear old friends.''

He added: ''I have a computer, but I don't do Facebook, don't do Twitter or, what's the other one?''

Meanwhile, Robert's co-star Anne Hathaway claims he is far more energetic than she is.

The 32-year-old actress shared: ''The amount Bob gets done in a day is like my year! You don't think so because he's super-chill right now. But at 8am I've had a coffee and Bob's like, 'I've built a hotel.'''

The brunette beauty also admitted to being starstruck when she met the veteran actor for the first time.

She said: ''It took me three weeks to say anything past 'hit' to him.''

Robert also claims some of his peers have left him speechless, too, in the past.

Asked when was the last time he got starstruck, he told PEOPLE magazine: ''Brando. When I met him, he was great. There were others - just can't think of them offhand.''