Robert De Niro does wan't to slow down and wants to fight for older actors to gain respect and get jobs in Hollywood. 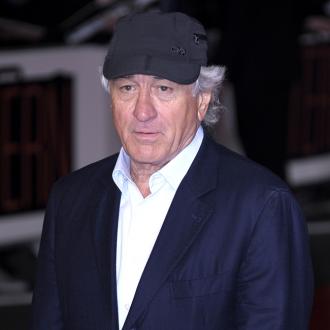 Robert De Niro starred in 'The Intern' to gain respect on behalf of older actors.

The Hollywood legend believes people over a certain age in the movie business are characterised as ''too old'' and he wants to fight the perception that senior stars should stop working.

Asked what inspired him to take on the role of intern Ben Whittaker at Anne Hathaway's e-commerce fashion company, De Niro, 72, said: ''Especially in America people aren't as respectful of old people. It's an attitude of, 'You're too old. Move on! We don't need that any more.' ''

Hathaway plays Ben's boss in the movie, which sees the retired executive become a father-figure to his younger co-workers.

And De Niro says the role it just about sums him up.

He added: ''I like young people, I get a big kick out of them because I see them doing things that remind me of myself.''

With over 90 movies and two Oscars - for 'Raging Bull' and 'The Godfather Part II' - to his name, De Niro insists he is still inspired by everyday life and the world around him in his work.

He told The Independent newspaper: ''I observe everybody and pick up things. I was in the park the other day and had to stop and watch this guy, a homeless guy sitting on a bench, and hear the things he was saying. It was sad but interesting.''