Robert De Niro: 'Hillary Clinton Deserves To Be The Next U.s. President'

Actor Robert De Niro Has Endorsed Hillary Clinton For U.s. President, Insisting The Former Secretary Of State Deserves To Be The Country's Next Leader. 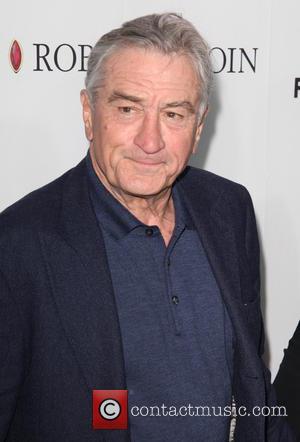 The Goodfellas star feels sure Clinton's qualifications are what set her apart from the other candidates, like Donald Trump, Bernie Sanders and former president George W. Bush's brother Jeb.

He tells Elle magazine, "Almost more important is that she is who she is. She's paid her dues. She's been through the mill...

"She deserves to be president. She's prepared. She'll make mistakes. Everybody does. It's a hard job, to say the least. She's as qualified or more qualified than anybody else... Period."

De Niro isn't the only celebrity backing Clinton's run for the White House, where she once served as First Lady - Sharon Stone has also endorsed the 67 year old, while Lady Gaga, Tony Bennett, Kanye West and Kim Kardashian have performed at and attended fundraisers for her.