Police Called To Tribeca Film Festival As Protesters Are Turned Away 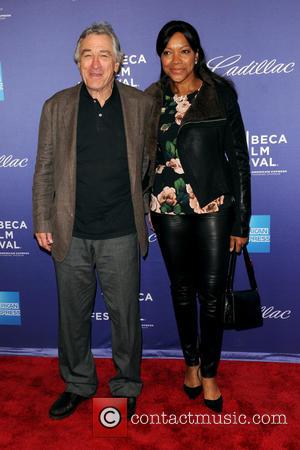 Police were reportedly called to Robert De Niro's Tribeca Film Festival in New York City on Sunday (21Apr12) after a group of protesters was turned away from a screening of a controversial new documentary.

A number of campaigners turned up to attend the premiere of anti-fracking film Gasland Part Ii, a sequel to 2010 documentary Gasland, but they were not allowed into the Manhattan event.

The activists allege festival staff refused them entry over fears they would "make trouble", according to the New York Post.

Phelim MCAleer, a journalist and documentary maker behind FrackNation, a new film which questions claims made in Gasland, was among those turned away, and in a piece written for the newspaper, he alleges organisers called police over fears the dispute would turn ugly.

He writes, "It seems that inconvenient questions aren't welcome at the Tribeca Film Festival. It was devastating for the people who'd travelled so far. They were upset and bewildered... One staffer said they were not allowed in 'because you're making trouble'... The festival organisers called the police just in case the farmers didn't get the message that they weren't welcome.

"Julia Mineeva, a Russian journalist who's covered the film festival for five years, thought she'd stumbled across a great story and started interviewing the various groups. When she went in to see the movie she was asked to leave, followed, put in handcuffs, arrested and charged with trespassing. It seems that covering both sides of a story is an arrestable offence at the Tribeca Film Festival."

However, Tribeca bosses have spoken out to insist the campaigners were only turned away because the screening was full. They say in a statement, "Once the house was at capacity, the remaining ticket holders who had not been in line were unfortunately not able to be accommodated in the theatre... We are sorry that the few ticket holders who stayed outside gave up their seats to those who waited in line..."