Journalist-turned-tv Presenter Piers Morgan Is Calling For Robert De Niro To Face A Global Boycott After The Actor Walked Out Of A Recent Interview. 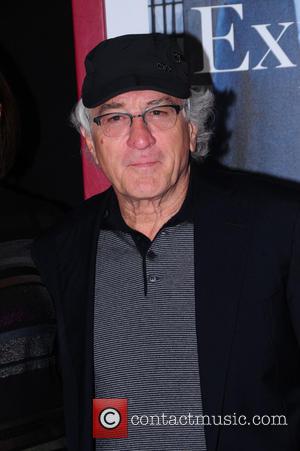 The Hollywood legend has been accused of halting a chat with a reporter for Britain's Radio Times to promote his latest movie after seemingly becoming irritated by her questions.

Journalist Emma Brockes claims De Niro seemed "depressed" and "glum" before stopping the interview after she asked about the neighbourhood in New York where he lives.

Morgan, who edited British newspaper the Daily Mirror before hosting his own CNN show, has now stepped up to defend Brockes, alleging the actor is often difficult during interviews, and he has called for a worldwide ban on chats with De Niro.

In a column for Dailymail.com, he writes, "I experienced the same miserable nonsense when I once interviewed him for CNN... De Niro was a bloody nightmare. To almost every question, he grunted 'I don't know', 'I can't really say' or 'that's a big question.'

"More and more stars have taken to treating journalists like dirt. Robert Downey, Jr. flounced out of a TV interview a few months ago protesting at being asked personal questions that he himself has talked about many, many times when it suits him...

"Cara Delevingne recently sulked like a big baby on air when she was taken to task by local morning TV anchors for being quite obviously sleep-deprived and humour-devoid...

"Well, it's time the world's media fought back. I'd honestly put Robert De Niro out of his self-enforced misery. He's 72, hasn't made a good movie this Millennium, and clearly hates every second of the process of promotion... So let's ban him. Every journalist in the world should agree, with immediate effect, never to interview him again."

Morgan has previously enforced his own interview bans over the years on stars including Madonna, who spent more than a decade on the newsman's hit list following a spat at a dinner party.