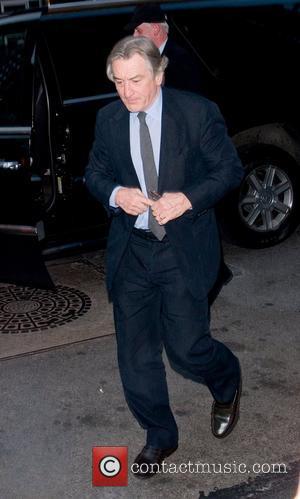 Robert De Niro, Adam Yauch, Dave Matthews and the Law And Order crew will all field teams for a star-studded soccer tournament in New York later this month (Apr12).
A number of teams will go head to head for the five-a-side games as part of the Tribeca/Nyfest soccer tournament in conjunction with the Tribeca Film Festival and the highlight will be a star-studded match on 21 April (12) at Pier 40 in Manhattan.
Beastie Boys star Yauch has registered a team through his Oscilloscope Laboratories film production company, while the Dave Matthews Band star will compete under his Ato Pictures banner.
Robert De Niro’s Tribeca Enterprises will also field a team along with the crew of hit TV cop show Law & Order.
It is not known which famous faces will be taking part in the games, but last year's (11) tournament was a star-studded affair with Orlando Bloom, Ethan Hawke, Anthony Lapaglia and tennis ace John MCEnroe all taking part.