British Actor Robert Carlyle Joined Twitter.com Against His Wishes After Discovering A Mystery Man Was Posing As Him On The Social Networking Site. 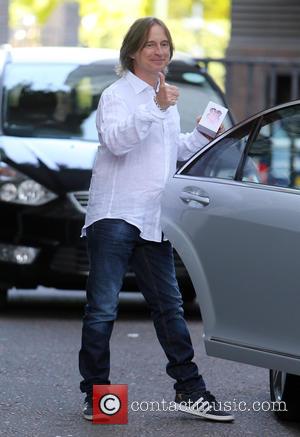 The Full Monty star is not a fan of microblogging and was determined never to sign up for Twitter, but he was backed into a corner after finding out a spoof 'Robert Carlyle' account had been set up and had attracted 5,000 followers.

He tells ShortList magazine, "People kept saying to me, 'You're on Twitter.' Am I f**k. 'There's someone pretending to be you.' It kept on coming, and then I was doing an interview on CNN and they say, 'Someone's on Twitter impersonating you.' When CNN tells you, you have a look. So I made the fateful decision... He had 5,000 followers! I thought, 'F**k this, I'd better do something about it.' The tweet that angered me was: 'Oh people remember.' What's that about?"