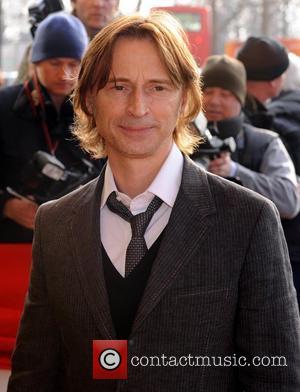 Scottish actor Robert Carlyle nearly turned his back on his acting career after his youngest son was struck down with a life-threatening condition. The Full Monty star was left devastated when his seven-month-old son Pearce was taken ill with intussusception - a condition where the large intestine swallows up the smaller. He says, "The surgeons had to open him up and untangle the mess or he would have died. "We were told that he would have a 50-50 chance of surviving. I can remember sitting in the waiting room - a scene from a million different films - thinking, 'Please don't let my wee boy die.'" After Pearce, now two, pulled through the ordeal, Carlyle only wanted to spend time with his family - and insists he nearly gave up acting for good. He says, "I wanted to chuck it all in and spend time with my family. I thought life is too short to waste any of it. I did fall out of love with what I do for a living for a while."