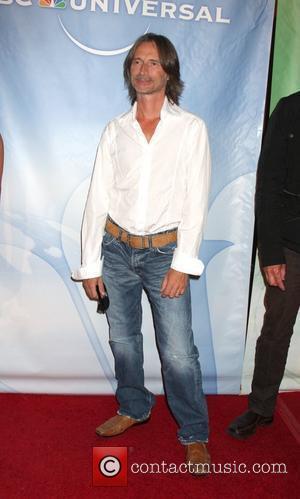 Actress MING-NA fears sci-fi fans watching her new show STARGATE UNIVERSE will be baffled when co-star Robert Carlyle speaks - because no one can understand his thick Scottish accent.
The former ER star admits she struggled to comprehend a word the Trainspotting actor was saying when she first arrived on the set of the TV drama - and she insists his scenes should come with subtitles.
She tells WENN, "There should be subtitle options on the DVD! When I first met him he had this very soft quiet voice and he talks really fast.
"I understood how my friends pretend to understand my Chinese mom when she's speaking English - you just kind of nod and go, 'Oh yeah.'
"If he laughs, you pretend to laugh a little too - because you don't want to say, 'Can you repeat that? Did you say volcano?'
"I'm used to his dialect now, so I understand more what he's saying. I guess for some fans it might be a little tough but you'll get used to it. He does actually use a more English accent when he's speaking as (character) Rush on Stargate Universe."