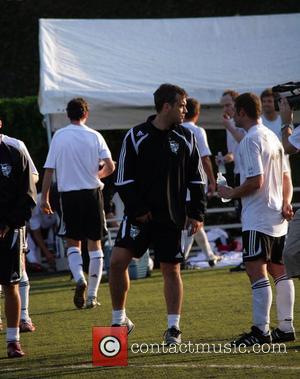 Robbie Williams bitterly regrets the moment he boasted of his wealth after signing a $156 million (GBP80 million) record contract, admitting it's the "most embarrassing thing" he's done. The British singer signed the four album deal with record label EMI in 2002 and became overly-excited in front of the world's press, shouting "I'm rich beyond my wildest dreams." He says, "I'm blessed to know that it (money) hasn't bought me happiness. I've had to look elsewhere for happiness and I've got it, but it's a difficult one to talk about. "I've been thinking a lot about when I did the record signing for the contract. I remember saying, 'I'm rich beyond my wildest dreams.' "It was an absolutely stupid thing to say out loud. I've been thinking about that the last couple of days. It's the most embarrassing thing I've ever done."