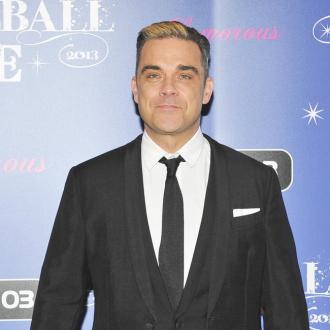 And the 42-year-old singer - who has four-year-old Theodora and two-year-old Charlton with his wife Ayda Field - has recalled how he mistook a window at Bono's house for ''the best painting in the world''.

Speaking at a press conference to promote his new album 'The Heavy Entertainment Show', he shared: ''It was during, let's call it, my psychadelic period. I was in Bono's house and it was late and I was elsewhere and I was looking at the best painting in the world.

''Then Bono appeared and I told him he had the best f***ing painting I'd ever seen and he's like 'Robbie that's the window'. Stuff happens in Ireland.''

He said: ''I get anxiety about the album and it's not like it started last week. I took it into the studio with me for the last three year.