Robbie Williams will launch his second big band album, 'Swings both Ways', with a special show at the London Palladium in November, which will be filmed for a DVD release. 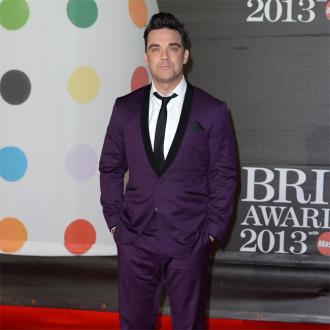 Robbie Williams will launch 'Swings both Ways' with a special show at the London Palladium in November.

The singer's latest set of swing numbers - both covers and originals - will be unveiled at the concert, alongside material from his first collection of big band songs, 'Swing When You're Winning'.

The album features special guests Lily Allen, Michael Buble, Kelly Clarkson, Olly Murs and Rufus Wainwright, some of whom are expected to join Robbie on the night, the exact date of which has yet to be confirmed.

The resulting performance will then be released as a DVD 'Robbie Williams: One Night at the Palladium' in the in the UK on December 9, alongside four songs not to be found anywhere else and exclusive behind the scenes footage, shot as the show is rehearsed.

Salim Mukaddam, Director of Music for BBC Worldwide said: '''Swing When You're Winning' was released twelve years ago this November and we, like other Robbie fans, have been waiting patiently for the follow up.

''Robbie is one of the most versatile performers of our times - a truly outstanding pop star, who was born to sing swing songs. We are thrilled to be involved in this project and to have secured the global rights to Robbie's much anticipated return to swing.

''This promises to be a fantastic performance and a must-see event for Robbie's millions of fans around the world, as well as for anyone that enjoys great swing and big band performances.''