Robbie Williams and his wife Ayda Field are expecting their second child together. 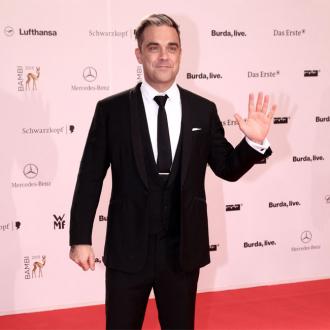 Robbie Williams is to become a father again.

The 40-year-old singer took to his Twitter account tonight (28.04.14) to announce that he and his wife Ayda Field are expecting their second child together and they're looking forward to their 19-month-old daughter Theodora 'Teddy' Rose having a sibling.

The former Take That star, who married Ayda in 2010, was inundated with congratulatory messages from his fans after sharing the happy news.

Meanwhile, Robbie admitted in 2012 he was initially worried about becoming a father for the first time because he didn't know if he could ''step up''.

He said at the time: ''I've been a very selfish person for a long time and I've indulged myself in every way possible.

''Then all of a sudden a person comes into the world that I've got to look after and be responsible for. I was terrified that I wasn't going to be able to step up and be the father I want to be to her.''

However, he soon settled in to fatherhood and admitted last year he couldn't wait to expand his family.

He said: ''My little girl is wonderful. Little Teddy. We are going to do more of them because they are amazing.''