Robbie Williams is a changed man. Far from the lad about town he once was when he left Take That and embarked on a solo career and life in the sun in Los Angeles, he’s now a happily married chap and a father of two. Not only that but it seems the popstar, who started off his career as one fifth of the biggest boy band of the 1990s, has also turned a bit soppy. 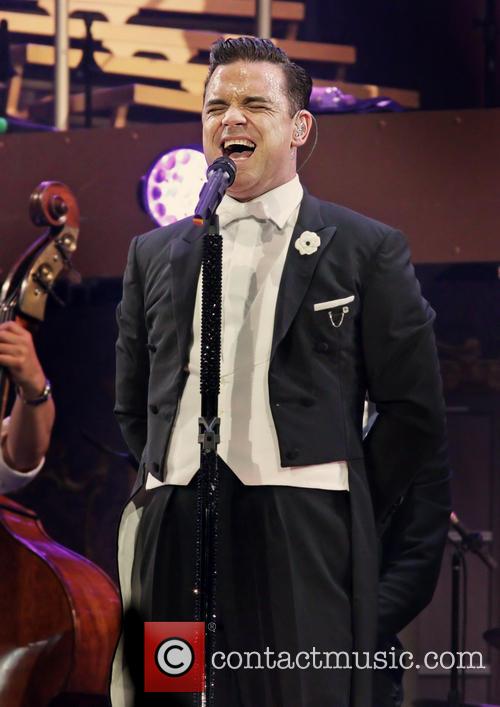 Speaking about his performances when he is apart from his wife of four years Ayda Field, the 40-year-old singer revealed that he likes to Skype his better half before going on stage.

"Technology has made the world a lot smaller and has made relationships a lot easier."

But it seems that Skype is a last option for the little family of four as Williams describes how he tries "to take the family with him everywhere I can."

MORE: Robbie Williams Has Had A Hair Transplant

Williams also revealed that, despite his own fame and penchant for making hit pop songs, his daughter, Theodora Rose, is obsessed with Frozen and they have to listen to it in the car wherever they go.

He said: "At the moment, in the car, I sing a medley of songs from Frozen. My favourite is Love Is An Open Door and Let It Go is a wonderful song. Teddy [his daughter] does the head and the arms when she sings it."

Robbie Williams’ 11th studio album, Under the Radar Volume 1, is out to buy now.