Robbie Williams has revealed he has found his artistic side and has taken up painting since rejoining Take That. 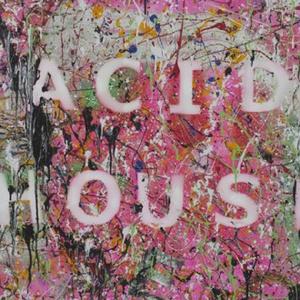 Robbie Williams has taken up painting.

The singer has discovered his love of art since rejoining Take That last July, and has been spending his spare time when he's not busy with his bandmates - Gary Barlow, Mark Owen, Howard Donald and Jason Orange - creating his own canvases.

He wrote on his blog: "Hi all, I know it's been ages since you have heard anything from me. I have been flying round the world on promo with the TT (Take That) lads and loving it ... amazing. In our down time ... which hasn't been much, i found I really liked painting - of course I then had to turn my whole garage into 'art club' and got all my la mates into it too. (sic)"

Robbie, 37, has big plans for his paintings, and is considering turning his creations into T-shirts.

The 'Happy Now' singer's wife, actress Ayda Field, has even discovered her artistic side since her husband started splashing his brush around.

In the same post, Robbie added: "Here's some of my stuff. my favourites I will put on t shirts in the name of my grandad Jack Farrell - what do you think? Ayda did one too, I'll try and find that and show it to you as well. See you on tour - it's going to be ace. (sic)"

Robbie and the rest of Take That start their 'Progress Live' tour kicks off on May 27 in Sunderland, North East England.