Robbie Williams is ''really scared'' of being a bad father to his daughter Theodora 'Teddy' Rose. 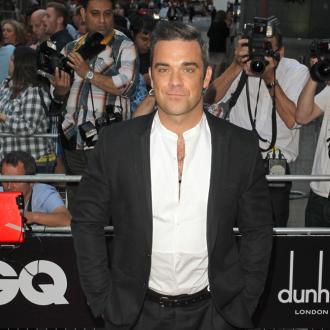 Robbie Williams is ''really scared'' of being a bad father.

The 'Candy' singer became a dad for the first time earlier this month when wife Ayda gave birth to their daughter Theodora 'Teddy' Rose and he is concerned about juggling his personal and professional life.

He said: ''I've never been a pop star and a father [at the same time]. That's why I have no clue how to deal with this. I'm really scared.

''I don't want to be a bad father. I mean I never really took of myself. And now I have to take care of someone else.''

Despite his fears, Robbie doesn't want to give up his music career or his fans.

He told Germany's In magazine: ''If you have experienced that once you will want it over and over again. Even if it is exhausting at times. But I miss it. I want it back.''

However, the Take That star admits he is trying to change some of his habits.

He explained: ''I always try to be on time or even too early now. Just because it's the proper thing to do.''

One reason why his timekeeping may have improved is the constant presence of his wife.

He admitted: ''These days my wife always accompanies me when I go to work. Just because she has a positive influence on me.''