Robbie Williams - who is famed for his interest in the paranormal - has spoken about the day he spotted an alien shaped like a ''square object'' in Beverly Hills, California. 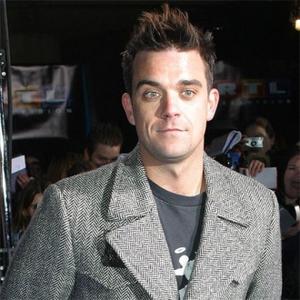 Robbie Williams has seen a UFO shaped like a "square object".

The 'Angels' hitmaker - who lives in Los Angeles with wife Ayda Field - is a keen follower of paranormal activity and says his most shocking close encounter came when he was relaxing at a luxury hotel in California.

He recalled: "There's been a few times I've seen something but the main one came when I was staying at the Beverly Hills Hotel when I was completely sober.

"It was half 10 in the evening. I was on sun lounger on the patio next to a young lady who shall remain nameless because she's married. There were palm trees about 40ft away from us down the patio then all of a sudden the sky blacked out, there was no stars anymore but about 200ft up there was a square object that hovered for a while then moved on."

Despite his conviction in what he saw, Robbie finds it amazing that people often cast doubt on his alien observations.

He added in an interview on BBC Radio 2: "That happened and you tell a lot of people and they go 'You're a nutter.' I was with the young lady who also saw it, but I've seen a few other things I can't explain.

"The puzzling thing for me is . I don't know if they're paranormal or a trick of the mind or whatever, who cares, but I'm interested in it and I find it weird that people say, 'No you didn't,' or, 'You're mental,' because I really did, I wasn't drunk or high or anything.

"The fact of the matter is it might have been an American secret plane or something, who knows? But I hope it was an alien."