Robbie Williams is trying for another baby with wife Ayda Field because they love being parents to five-month-old daughter Teddy. 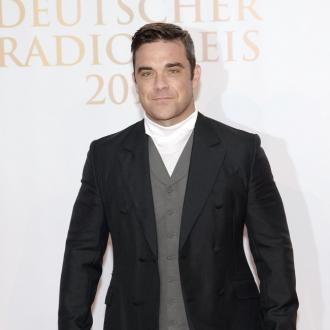 Robbie Williams is trying for another baby with wife Ayda Field.

The 'Candy' singer and his actress spouse love being parents to their five-month-old daughter Theodora 'Teddy' Rose' so have been busy ''practising'' for a sibling for the little girl.

Robbie admitted on an episode of TV talk show 'Alan Carr: Chatty Man' airing tonight (01.03.13): ''My little girl is wonderful. Little Teddy. We are going to do more of them because they are amazing.''

The British pop star has been based in Los Angeles for several years and despite previously saying he wants Teddy to have an English upbringing, it seems he could be having a change of heart as he is struggling with the weather in London.

He added: ''It's grim, especially in the last few weeks. My wife FaceTimed me ... she was in a T-shirt on a beach in Malibu and I was in Belsize Park and I went, 'I know where I'd rather be.' ''

Meanwhile, the 39-year-old singer has shared footage of his wedding day in August 2010 and his one-year anniversary with fans on his website.

Introducing a teaser clip, he wrote:''My mad and much loved brother-in-law is always filming, he filmed our wedding day and one year anniversary party.

''Ayda and I had never got round to watching any footage but Dylan heard [my song] 'Soul Transmission' ... and loved it so he cut us this video as a surprise. I loved it and wanted to share it? so I threw in a bit of lip synch done in my garden one morning and here's a preview. Enjoy our day ... we did.''

The full video will be posted on Robbie's website next week.