Robbie Williams thinks Adam Lambert is ''beautiful'' and wants to collaborate with the 33-year-old star. 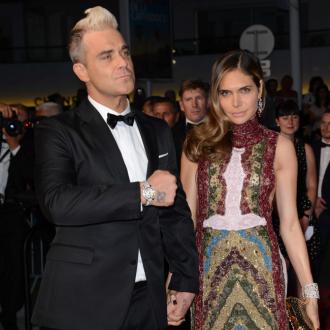 The 'Rock DJ' hitmaker has gushed about the 33-year-old singer for his handsome looks and singing talent, which he compared to that of Elvis Presley.

He said: ''On the TV he's really, really beautiful, he's stunning and he's got the most amazing voice. He's a bit Elvisy, isn't he?''

The besotted musician continued to express his desire to collaborate with the 'Ghost Town' singer - who released his third studio album 'The Original High' in June - saying he ''should sing something with him''.

He told the Polly and Grant radio show in New Zealand: ''He's really handsome and strikes me as a nice person. I should sing something with him. Will you tell him I said, 'Hi' and send my love and I said we should do something?''

Meanwhile Robbie, 41, who has kids Theodora Rose, two, and nine-month-old Charlton Valentine with his wife Ayda Field, went on to say although he has previously dabbled in illegal substances, he hasn't let a drop of alcohol pass his lips for 15 years.

He added: ''I'm still the same naughty creature. I haven't had a drink in 15 years, I've relapsed on other things, but I've never had a drink.''