Robbie Williams getting tattoo for son

Robbie Williams is having a tribute to his new baby son Charlton Valentine tattooed on his neck. 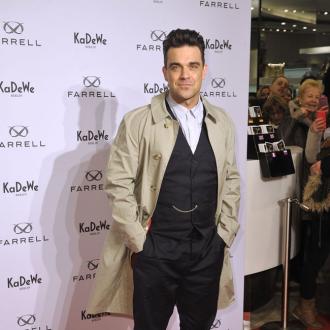 Robbie Williams is having a tribute to his son tattooed on his neck.

The 'Angels' hitmaker and wife Ayda Field welcomed son Charlton Valentine into the world in October and the singer is planning some new artwork to mark the little boy's birth.

Asked if he is planning a new tattoo for his son, Robbie - who has a number of inkings, including a bear on his left arm in tribute to two-year-old daughter Teddy - said: ''Will have one very soon. It's going on my neck. Not looking forward to the pain though.''

The 40-year-old singer is smitten with his new son and says he's doing very well.

Speaking in a Facebook Q&A with fans, he said: ''He rocks!''

Robbie is now looking ahead to the festive season and enjoys Christmas more than ever now he is a married man.

He said: ''I'll be spending Christmas with my family in Los Angeles.

''I didn't used to like Christmas, but now my wife has made me love it.''

And while it may only be the beginning of December, the 'Millenium' star has already finished his Christmas shopping - but had a lot of help.

He said: ''All I have to do is buy for Ayda. Ayda takes care of everything else. I'm very lucky...And yes, I've got Ayda's present.''