Robbie Williams pulled out of plans to go on a ghost hunt to go and talk with people who claimed they had been kidnapped by aliens instead. 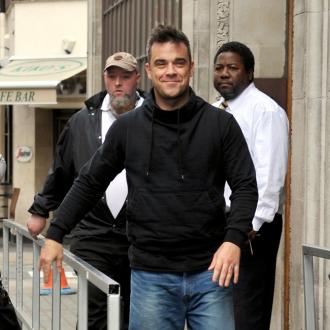 Robbie Williams pulled out of a ghost-hunting trip to speak to people who had been abducted by UFOs.

The 'Candy' singer asked writer Jon Ronson to help him find a haunted house, prompting a huge deluge of interest from the owners of castles across the UK.

However, at the last minute he changed his mind and decided to take a trip to Nevada to speak to people who claimed aliens had taken them aboard their spacecraft.

Jon said: ''These ladies of the manor were throwing their ghosts at Robbie as if they were their debutante daughters.''

Jon is still keen to work with Robbie on a book about the search for ghouls, but the star's commitment to Take That meant their original plan was scrapped.

''It nearly happened. We were going to do it - but instead he decided to re-join Take That. My loss was Gary Barlow's gain.''

Robbie - who recently became a father for the first time after his wife Ayda Field gave birth to their daughter Theodora 'Teddy' Rose - has previously joked his obsession with aliens made people believe he was ''weird''.

''Then I got a bit burnt out and I was looking for something else. I thought that something else was making documentaries about UFOs.

''But that wasn't going to work out for me. It just made me weird and - at the time - fat. Weird and fat, looking at UFOs.''