Robbie Williams' dad has stepped in to defend his song and daughter-in-law Ayda Field after a disgruntled ex-employee launched a court case against them. 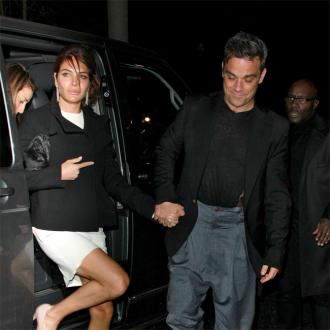 Robbie Williams' dad has snapped back at sexual harassment claims about Ayda Field, branding them ''rubbish''.

Last week a former employee of the couple threatened to sue the pair by claiming Ayda had exposed herself and made ''unwelcome'' sexual comments towards him, but retired singer Pete Conway has stepped in to defend his son and daughter-in-law by insisting the case is untrue and ''distasteful''.

He ranted: ''It a total load of rubbish. As if we she would be walking around in underwear talking about her and Rob like that!''

The couple - who wed in 2010 - have children Theodora, two, and six-month-old Charlton, which Pete added makes the claims even more ridiculous, especially as they are ''very much in love''.

He told The Sun newspaper: ''It's really distasteful because she is a mother of very young kids.

''Their relationship is completely healthy and they are very much in love. You only have to look at them to know that they are totally in love and wonderful.''

The 'Angels' hitmaker and wife have since put on a loved-up display of affection at the Cannes Film Festival 'The Sea Of Trees' premiere on Saturday night (16.05.15) brushing off the claims.