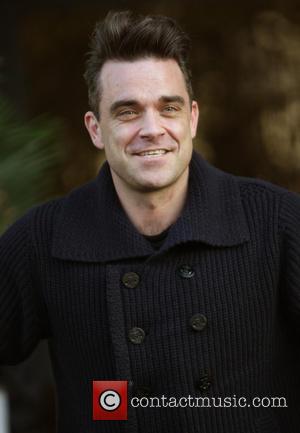 The former Take That star took aim at Suede and their 1990s Britpop contemporaries on Wednesday (20Mar13) after the band's frontman Anderson branded the current crop of boybands "c**p".

In a stinging post on his official blog, Williams slammed Anderson as "bigoted" for his remarks and insisted "more hearts will genuinely race" at the prospect of a One Direction album than a new Suede release.

However, hours later Williams took to his blog again to seemingly backtrack on his comments and praise the reunited '90s hitmakers for their new record, Bloodsports.

He writes, "It would appear that I've gone off on a tangent not entirely created by Mr Brett Anderson of pop combo Suede. It won't be the last time this happens and it felt good to get it off my chest. Thank you Brett, Suede's new album Bloodsports out now... It's good too."