How Can You Get To Christmas Number One, Like The Justice Collective? 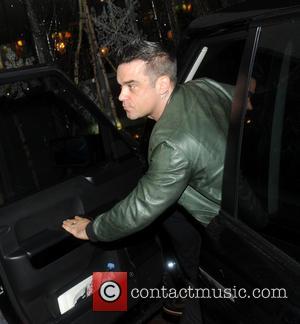 With the Justice Collective taking the much-coveted (for some reason) Christmas number one spot in the UK singles chart at the weekend, it was another sharp rebuttal to the notion that the annual bunfight is exclusively won by X Factor alumni.

Indeed, going back over the past nine charts since the show began in 2004, it’s managed to get the Christmas top spot on ‘only’ five of those nine occasions. Ok, so that’s still a fair few. Yet, what the last decade has shown us is that the ways to get the Christmas number one have become far more varied than simply ‘become a hugely well-known artist. Release a Christmas single.’ Charity, public protest, reality show success … we look at the ways that people have got to the festive top spot over the past decade.

Still statistically the most likely way that you’re going to make it to the Christmas top spot, the winners of Simon Cowell’s X Factor dominated proceedings between 2005 and 2008, with Shayne Ward, Leona Lewis, Leon Jackson and Alexandra Burke succeeding each other in quick succession. How Cowell used to crow each year as his charges swept all before them. Since 2008 though he’s only had one more success, Matt Cardle’s ‘When We Collide’ in 2010 … there have been a couple of reasons for that …

What at the time seemed like a great idea has now become one of the most irritable staples of the festive period, with our Facebook event invitations becoming inundated once a year by some wag trying to get an obscure Einsturzende Neubauten b-side to the top of the UK singles charts through the power of the online campaign. Back in 2009 though it was something we could all get behind, fed up as we were (apparently) of The X Factor’s chart dominance. Facebook deciding to get behind putting Rage Against The Machine’s ‘Killing In The Name Of’ might not have been the most astute of calls, given that Sony BMG had both Rage and The X Factor on their roster; nevertheless a bit of light-hearted fun (try telling that to poor Joe McElderry – the winner who got bumped and whose career has stalled ever since) saw the rap-rockers take top spot, with the band generously playing a free gig in the UK and donating their unexpected windfall to charity.

Talking of charity, The Justice Collective’s fundraising song for the families of the Hillsborough disaster victims follows a long tradition of charity singles, given original impetus way back in 1984 when the original Band Aid put out ‘Do They Know It’s Christmas?’ They repeated the feat in 1989 and then again in 2004, when a weird assortment of stars from Bono to Dizzee Rascal and Natasha Bedingfield got Band Aid 20 to the top spot with a new rendition of the same song (it featured more rapping.) The Military Wives also found themselves on top spot last year, though their charity song ‘Wherever You Are’ – for various military support foundations - initially came about after they were formed for the BBC2 show The Choir: Military Wives by Gareth Malone. In a ridiculous chart battle they beat out fellow online campaigns from those behind Nirvana’s ‘Smells Like Teen Spirit’ and Youtube blogger Alex Day.

Catch The Nation's Enjoyment Of Irony By Releasing A Really, Really Sad Song

We’re not quite sure how this one happened, and it could be a while before it happens again. Originally a hit for Tears For Fears in the 1980’s, ‘Mad World’ was given a solemn dressing down by Gary Jules and Michael Andrews for the film Donnie Darko in 2001. Perhaps we could lump this in as a campaign song, but it’s bizarre that public desire for it to reach the top spot caught on in such a way, given that it topped the chart in 2003, before the world of Facebook and Twitter. Maybe we enjoyed the irony of such a depressing song getting to the Christmas number one, maybe there really wasn’t much in the way of an alternative, nevertheless, it still has to go down as one of the oddest festive chart toppers of all time.