Its been quite a journey for Robbie Williams. 20 years in the music business, from boy band member to appearances at Glastonbury, from rock 'n' roll everyman to 80s revivalist. This album is a complete retrospective of his 15 year solo career and as such incorporates all the highs and all the lows.

A wise man once said it not enough to be successful, you have to see others fail. This is certainly true of Robbie. Up to a certain point the bitterness emanating from his acrimonious split from Take That seemed to fuel Robbie to greater success. Everything he did seemed to be designed to attack and outdo his former colleagues. Gary Barlow in particular took a bashing. And as his star rose higher theirs fell. And it didn't stop there, a spat with Liam Gallagher resulted in records being broken. Robbie performed and sold out more nights at Knebworth than Oasis. No coincidence, don't you think?

Now things have come full circle. The success following the Take That reunion has seen them go from strength to strength while Robbie went into hiding after falling to recapture his glory years (when you really think about it selling 100s of thousands of albums can't really be deemed that bad can it?). Then out of the blue the announcement came that Robbie was recording with his former band members and was to return as a fully fledged member of Take That. 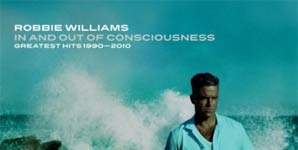 Although Gary had the song writing know how, he must have dreamt of having Robbie's appeal and charisma which is what essentially drove his career. However what this generally means is that any piece you read on Robbie will have less to do with his music and will be more about the trials and tribulations of the man himself. So now it's time to take a look at the music contained within these 2 cds.

Somewhat timely for the Take that reunion, the album begins with 'Shame' Robbie's duet with Gary Barlow - his former sparring partner in Take That. The song is a cheesy paean to their past. To their credit they don't pretend it's anything other than that. The album goes through his misguided Oasis/Beatles pastiche phase best represented with Come Undone.

There are one or 2 genuine classics here. Angels, the song which has become his defining moment and singlehandedly turned his career into an upward trajectory as it was about to nosedive. This song needs no introduction as it is now burned on to the public consciousness and Feel, a genuine heartfelt ode to self loathing, hope and redemption. It covers his fun stuff, Let Me Entertain You gets an airing here as does Kids his duet with Kylie. These songs indicate that Robbie is capable and there is more than meets the eye. Which brings us to the point; throughout his career you would think such an extreme character as Robbie would have made infinitely more interesting music but the music path followed here is of a MOR Magic FM style, designed to appeal to the masses. This is no bad thing as he never pretended he wanted anything else other than mass adoration

Overall the music gets a 5/10 as his catchy pop songs go head to head and wrestle with the banality of his MOR radio friendly songs. However the overall package gets a 8/10 as this double cd package serves as a comprehensive introduction to the man and fans old and new will love it. Especially those new to Take That who have yet to hear Robbie (yes such is the popularity of Take That these days).