Twenty five years later, the cast and crew of 'The Princess Bride' reunited at the New York Film Festival this week to promote the Blu-ray release of the classic romantic-comedy. They were all there - Billy Crystal, Robin Wright, Rob Reiner, William Goldman, Mandy Patinkin, Cary Elwes - but the gathered press pack were only concerned with one thing: would there be a sequel?

Goldman, 81, who wrote the 1973 novel and the screenplay for the movie confessed that developing a sequel had been on his mind for years, telling the Los Angeles Times, "I'm desperate to make it and write it and I don't know how.I would love to make it, more than anything else I've not written." In a humorous Q&A session at the Lincoln Center's Alice Tully Hall, the cast and crew quoted key scenes from the movie, and director Reiner spoke of how he got involved in the project in the first place, revealing that Goldman had approached him after Robert Redford, Francois Truffaut and Norman Jewison had tried and failed to make the movie. "He looked at me with the eyes of, 'What are you gonna do to it?" said the filmmaker, revealing that it was his knack for comedy (This Is Spinal Tap) that helped win over Goldman. A classic fairy tale, 'The Princess Bride' has everything, swordplay, an evil prince, giants, and of course a beautiful princess. So would a sequel be realistic?

Reiner has been relatively active as a filmmaker in recent years, though Goldman hasn't written anything of note since 2003's 'Dreamcatcher,' starring Morgan Freeman. We're sure Crystal, Wright and the gang would be up for another movie, so watch this space! 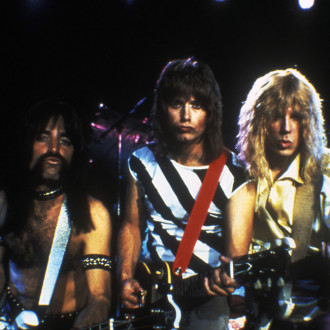