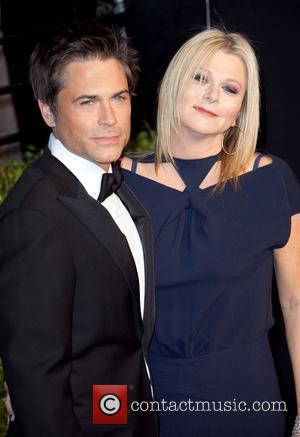 Rob Lowe's TV boss insists the actor won't be replacing Charlie Sheen on sitcom Two And A Half Men.
Lowe, Jerry O' Connell and John Stamos are reportedly among the frontrunners to step in for the fired star when the show returns later this year (11) - but Stamos and O'Connell have already insisted they won't be a part of the revamp.
And now Lowe's Parks & Recreation executive producer Michael Schur has ruled out his leading man.
He says, "There's no truth to the rumours."
But reports suggest Two and a Half Men creator/writer Chuck Lorre is keen to snag Lowe as his new star and the actor himself sent out a cryptic tweet on Tuesday, writing, "On Spring break with the family, my Two Men are running me ragged! They just go, 24-7."