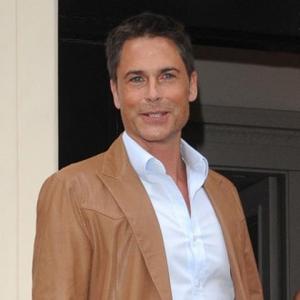 Rob Lowe is said to be involved in a bid to buy Miramax Films.

The 'Brothers & Sisters' actor has been linked to a deal by Tom Barrack's Colony Capital, which is among a number of bidders for the production company, responsible for movies including 'The Queen' and 'No Country for Old Men'.

An insider revealed to the New York Post: "It's fair to say Lowe's a friend of Colony and he'll be involved in some larger sense. They value his opinion and he has ideas."

Talks with Harvey and Bob Weinstein - who co-founded Miramax and are responsible for the release of films such as 'Pulp Fiction' and 'Shakespeare In Love' - have faltered, meaning Colony has taken the lead in discussions, which may conclude in the next few days.

Colony is said to have considered placing a bid of between $600 million and $700 million for the company, while the Weinstein's earlier bid was thought to be around $550 million.

According to TMZ, Lowe, Barrack and construction mogul Ron Tutor plan to turn Miramax into a "multi-platform media company, similar to Dreamworks".

Upcoming films set to be released by Miramax include 'The Switch' starring Jennifer Aniston and Jason Bateman and 'Last Night' with Keira Knightley and Sam Worthington.