Lowe received the honour in a small, star-studded ceremony on Tuesday.

Hollywood mainstay Rob Lowe has been honoured for his contribution to cinema with a star on the iconic Walk of Fame. He unveiled the 2,567th such paving stone in a small star-studded ceremony on Tuesday (December 8th).

Lowe, 51, rose to prominence in the 1980s with films like St. Elmo’s Fire, Oxford Blues and The Outsiders as one of the so-called ‘Brat Pack’, alongside a new wave of actors like Emilio Estevez, Judd Nelson and Ally Sheedy.

However, Lowe transcended that label where some of his cohort failed, and went on to star in a number of other memorable movies and TV shows, including Austin Powers: The Spy Who Shagged Me, Wayne’s World and, most recently, stealing the limelight in Liberace biopic Behind the Candelabra as a pill-popping plastic surgeon. 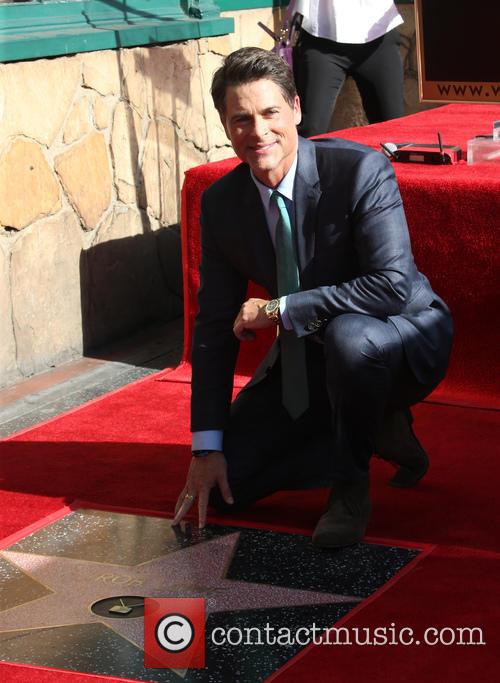 Rob Lowe unveiling his star on the Hollywood Walk of Fame

He’s currently working on ‘The Grinder’, a hit legal-comedy TV series broadcast by Fox. His co-star Fred Savage said “Rob has really established himself as a comedic actor — it’s not a new thing. It’s a real credit to Rob that’s he’s established himself so completely as a dramatic actor when he’s also been doing these top-level, high-profile comedy for the past 20 years.”

Fellow actor Gwyneth Paltrow, his co-star from 2003’s View From the Top, also attended the ceremony, paying tribute to his role in 1985’s St. Elmo’s Fire, a coming of age drama that was roundly panned by critics at the time but is now regarded as a kitsch throwback classic.

“The great comic actors just have the gift and in Rob’s case, he does have amazing comic timing,” said Gary Newman, co-CEO of Fox Television Group, in another speech. “Of course I loved his work on ‘Parks and Rec’ and in Wayne’s World, but what really stood out for me were those DirecTV commercials where I thought he was just so original.”

“It wasn’t much after that that ‘The Grinder’ script came in and it just screamed to us, Rob Lowe. I don’t know if we would have gone forward if Rob hadn’t done it. It was hard to imagine anyone else. We asked people to consider other names, just to be prepared, but there was no one who generated any enthusiasm because they were all being compared to Rob.”