Rob Lowe found acceptance for the first time as a child when he moved from Ohio to California. 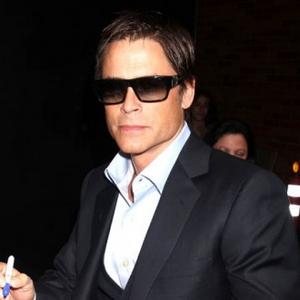 Rob Lowe used to worry people would "beat the living s**t" out of him for wanting to be an actor.

The 47-year-old hunk grew up in Ohio before moving to Malibu during his childhood, and was pleased when he made friends with the Sheen and Penn acting dynasties because he felt like he could be comfortable for the first time.

He said: "When I was in Ohio, I was the only person I knew who wanted to be an actor. This is pre-'Glee'.

"It was definitely not cool to be different. But in Malibu I uncovered this group of kids who also wanted to be actors. And they just happened to be the Penn brothers and the Sheen brothers. And better, they only lived a few doors down from me!

"I thought, 'Wow, here are people with the same interests that I have. And they're not actually going to beat the living s**t out of me for having them'."

However it was not easy for him, as he thought many of his class mates in California were "sissies" because they wore shorts, whereas he was used to wearing Levi jeans.

He told Empire magazine: "I mean, these jeans were the height of fashion in Ohio, where I had come from, and it could not have been a more disastrous choice for a first day at school in Malibu, California, where everybody wore shorts.

"Where I came from if you wore shorts, frankly, you were so me kind of sissy. So it was a culture shock!"