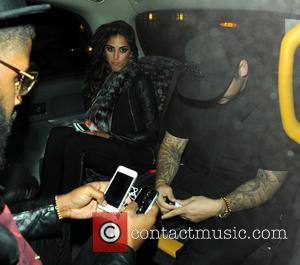 Reality Tv star Rob Kardashian has been sued by a photographer over allegations he snatched a camera from the snapper in March (13).

Andra Viak has accused Kim Kardashian's little brother of grabbing her device and taking its memory card after she snapped the 26 year old in Los Angeles on 27 March (13).

Viak called cops and filed a report, and now she is taking legal action against the Keeping Up With The Kardashians star, according to Tmz.com.

Viak's lawyer tells the website, "While this case is still in the preliminary stage, it is clear from our investigation that Robert Kardashian's violent behaviour and his use of force towards Ms. Viak was completely unjustified."