Rob Kardashian And Blac Chyna Reveal They Are Expecting A Girl On E! Reality Show

But Rob broke the news to mom Kris Jenner a little too soon for his fiancée’s liking.

‘Rob & Chyna’, the reality show following Rob Kardashian and fiancée Blac Chyna as they prepare to welcome their first child, premiered last night on E!. In the debut episode the couple found out they were expecting a baby girl, but it wasn't all smiles, as an argument broke out later when Chyna found out Rob had told the news to his mom Kris Jenner. 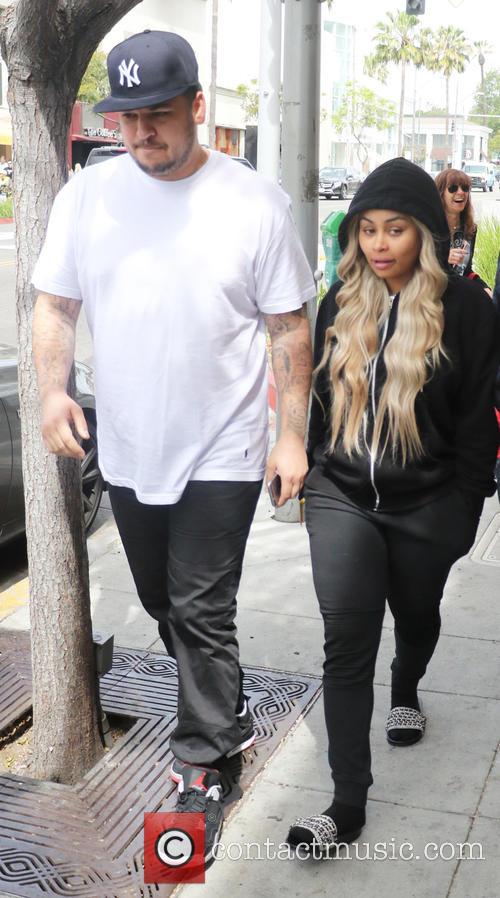 The expectant parents were shown visiting the gynaecologist where the sex of their unborn baby would be revealed. Rob told the doctor he was ‘pretty nervous and excited’ before adding, ”I really want a boy."

"You are having a girl," the doctor told to the parents-to-be. "Rob, it's a girl!" Chyna said after the news. Rob seemed taken aback at first, but the reality star later became emotional at the thought of being a dad to a little girl.

More: Rob Kardashian And Blac Chyna Get Into Argument Over Secret Text Messages

"It's an emotional moment. Me wanting to have a boy, it definitely stems from my dad but I'm sure I'll have the same relationship that I had with my father with my daughter," Rob later told the cameras. "I'm just happy that the baby's healthy and I'm gonna be super happy with a girl.”

But while the couple had agreed to keep the news of the baby’s gender a secret, Rob ended up spilling the beans to mom Kris and getting on his fiancée’s bad side in the process. "I'm so confused,” Chyna said, after finding out Rob had told Kris.

“Rob and I agreed that we were going to wait and do a cool surprise with the gender reveal, but Rob told his mom…I guess that is just the Kardashian family ... talk, talk, talk, talk.” But things got more dramatic later on in the episode, when Rob went through Chyna’s phone.

But after being accused of cheating, Chyna turned the tables on Rob, which ended up in a huge argument with her accusing him of being in contact with other women. “Who the f*** are you texting? Why are you still texting b****es?” Chyna screamed down the phone to Rob.

Chyna ended up kicking Rob out of their house, before Kris was brought in as peacemaker. “I think he is learning how to be in a long-term relationship and I think it is great he has thrown himself into this relationship with you King, and the baby. It is cute,” Kris told her future daughter-in-law.

“I think he is going to be a really responsible parent. He had a really good example as a dad. He knows what he is supposed to be doing but he is never going to change until he feels good about himself," Kris added. In next week's episode Chyna appears to take a paternity test and questions her future with Rob.