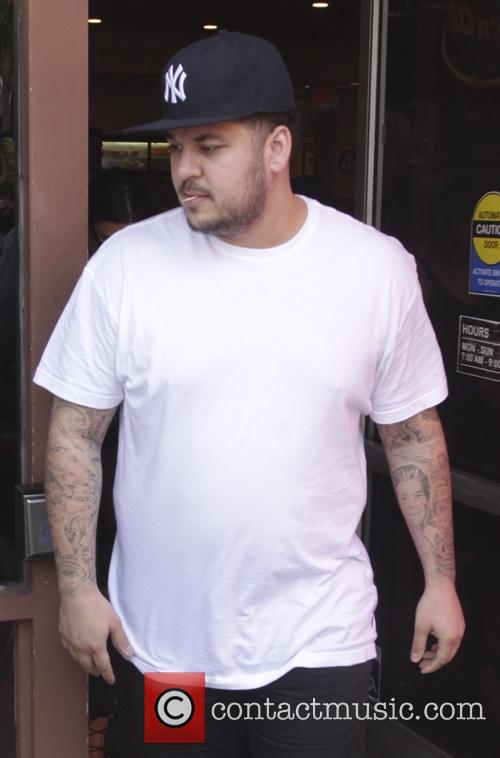 Rob Kardashian claims that Blac Chyna tried to choke him

The complaint also explosively claims Chyna’s relationship and subsequent decision to have a baby with Rob Kardashian was “nothing short of an outright fraud to shake down the Kardashian family.”

The 12-page document provides a scathing account of Chyna and her personality. “Blac Chyna started her career as a stripper and over the years has created a reputation as a money-hungry, shameless pseudo-celebrity,” the filing reads at one point. “Chyna takes advantage of well-known, successful people, such as the plaintiffs, to capitalize on her own fame and financial gain.”

More: Nicki Minaj and Blac Chyna drag race for the ‘Rake It Up’ video

Rob and Chyna met in early 2016, and their whirlwind romance produced a daughter, Dream, born in November that year and who is now 10 months old. Since then, their relationship has fallen apart in acrimonious fashion, with Rob launching a 'revenge porn'-based rant earlier this year and Chyna subsequently obtaining a restraining order against him - although they have settled a custody arrangement for Dream.

The lawsuit claims that, on December 14th last year, Chyna “consumed a significant amount of drugs and alcohol” then tried to choke Rob with a phone cable.

“Chyna lunged towards Rob with an iPhone charging cable and attempted to strangle Rob… Chyna was purposely trying to hurt Rob and struggled with him as she tightened the iPhone cord around Rob’s neck.” He managed to get free, but Chyna continued to chase him, and “repeatedly struck him in the head and face”.

She also allegedly destroyed a television, broke down a door, smashed a gingerbread house, threw a chair at Kardashian’s Bentley and used a metal rod to beat Kardashian.

Kylie Jenner – recently announced to be five months pregnant – is listed as a co-plaintiff as it was her house, rented to Rob, that the incident took place in, with Chyna causing $100,000 in property damage.