Rob Kardashian Impresses When It Counts On 'Dancing With The Stars' 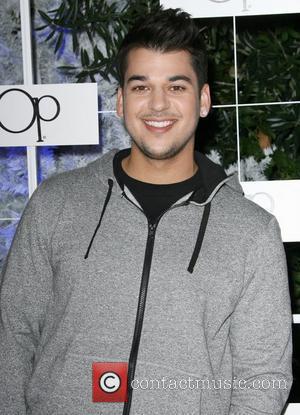 Rob Kardashian 's been quietly working his way through the rounds on Dancing With The Stars over the last couple of months, he and his professional dance partner Cheryl Burke putting together increasingly solid performances as the competition reaches the latter stages. There was nothing workmanlike about the star's efforts during Monday night's finals though, People Magazine repots, as first he impressed with a waltz for 27 points, going on to top that with a perfect score of 30 following an electrifying freestyle that at one point saw him twirling partner Burke above his head.
The judges couldn't heap enough praise on Kardashian, with Bruno Tonioli exclaiming "Brilliant!" and Len Goodman agreeing, adding "your family should be proud." Kardashian's family were indeed in the crowd, including sister Kim Kardashian, attempting to put the furore of her 72 day marriage behind her. Though he did top the scoreboard however, there wasn't much in it.
JR Martinez, the Iraqi war veteran, bounced back from an ankle injury sustained during training the other week to also nail a perfect 30 in his hip-hop inspired freestyle, also scoring a respectable 24 in his cha-cha. Ricki Lake meanwhile, who joint topped the overall points in the semi finals with Kardashian, scored two 27s with her partner Derek Hough, firstly in the freestyle and then with a cha-cha. The winner of the series will be announced tonight (November 22, 2011).