Rob Kardashian danced the paso doble to the 'Superman' theme dressed as movie character Clark Kent in his latest 'Dancing With The Stars' performance. 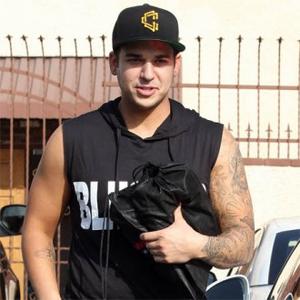 Rob Kardashian danced to the 'Superman' theme for his paso doble routine on the fourth week of 'Dancing With The Stars'.

The TV personality - who was dressed as 'Superman' character Clark Kent, complete with his trademark black-rimmed glasses - achieved a score of 24 out of 30 along with professional partner Cheryl Burke as part of the movie-theme week on the show.

At the end of the performance, Rob threw his glasses off and pulled his shirt open to reveal a K on his T-shirt.

Cheryl admitted the competition is allowing the 24-year-old hunk to "come out of his shell" and he is getting "super competitive" on the dancefloor.

In a piece written for People magazine, she wrote: "I think Rob really came out of his shell this week, and he stands out because people didn't have high expectations for him.

"Every week he's showing that he cares about this competition and he's improving. He's super competitive and wants to do well. I think he's turning his reputation around, and people are really starting to like him and root for him."