It's the beginning of a civil war in the Kardashian household.

The Kardashian clan is facing a huge family feud as it's reported that Rob Kardashian is romancing model and performer Blac Chyna. And while Khloe Kardashian has been sharing cryptic messages over Twitter regarding the awkward situation, little sister Kylie Jenner is absolutely furious. 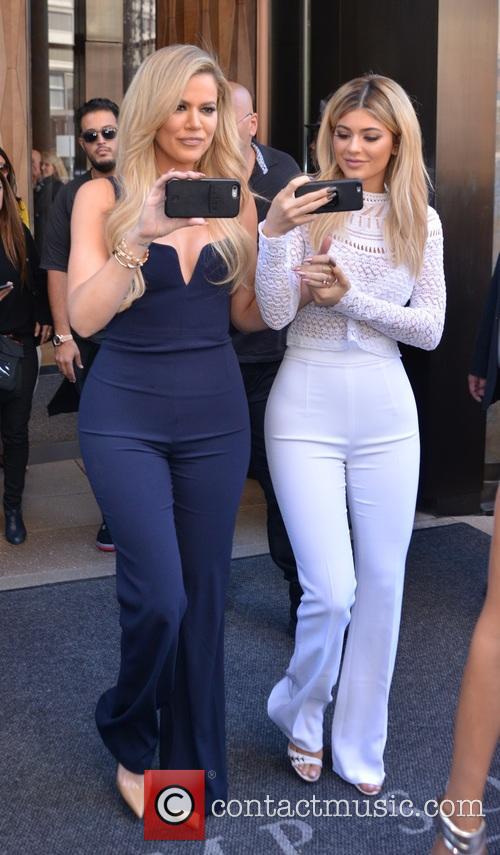 So, here's the thing. Blac Chyna hasn't exactly been getting along great with the Kardashian sisters recently, despite having been good friends with Kim Kardashian in the past. Now that Kylie is dating her ex Tyga (the father of her 3-year-old son King Cairo) though, things are at peak awkwardness. Or so we thought.

27-year-old Chyna took to Instagram on Monday to share a photo of herself in the arms of a mysterious man captioned 'The beginning'. Only, it turns out the man wasn't so mysterious after all, as TMZ was quick to point out that the tattooed arm in the picture could only be Rob Kardashian's.

Things have been delicate enough between 18-year-old Kylie and 26-year-old Tyga; the age gap has caused quite the stir when their relationship first became obvious in 2014, and Chyna has even waded into the furore herself after Tyga accused her of spreading rumours that the Ferrari he bought Jenner was way out of his budget.

'Kylie is livid', a source told People. 'She feels super betrayed and can't understand why someone in her own family would stab her in the back like that.' Plus, big sis Khloé Kardashian, who has previously argued publicly via Twitter about the controversial relationship with Blac Chyna's best pal Amber Rose (incidentally, Kim's husband Kanye West's ex), also appears to have once again stepped in to defend her sister.

'You can do anything. But never go against the family', she Tweeted, though later confirmed that she was actually talking about another family member. 'You guys do know I have about 100 family members correct? I was referring to a family member who just bailed out of doing my talk show today', she said.

However, an afterthought later, she decided that her original Tweet was indeed appropriate for more than one reason. 'But hey, maybe my quote can go towards a few people today', she added. 'Well now I know what all my family members are doing lol. Thanks Twitter.'

Khloe has previously been a strong defender of her brother Rob, despite the sceptism of her other family members.