Blac Chyna posted her fiance's number on Twitter after they had an argument about women texting him, it seems.

The Rob Kardashian and Blac Chyna saga appears to be descending into petty tit-for-tat rivalry, as Chyna tweeted Rob’s real phone number just days after he had done the same to his half-sister Kylie Jenner.

Chyna, who is expecting a baby with Rob in November, tweeted her fiancé’s 10-digit phone number, which was disconnected half an hour after she did so. Apparently, she did so because Rob still has “b****es” sending him texts.

“Get your number changed - thank you!” she proceeded to fume in a Snapchat video she shared only a few minutes later. 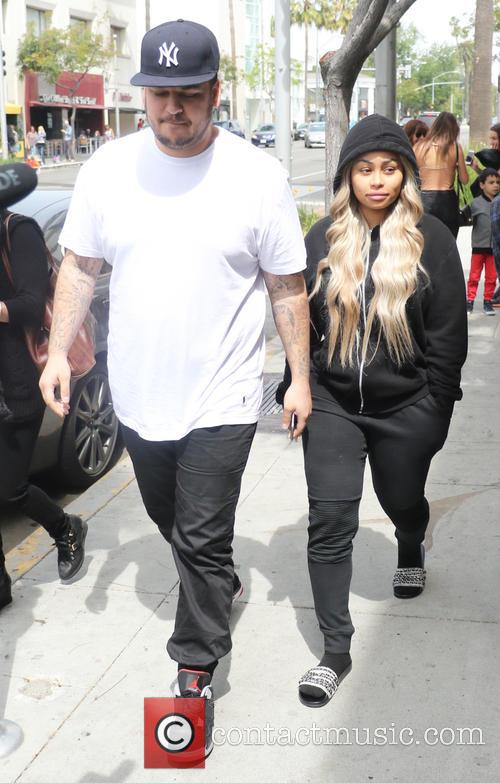 “Since all these females want to keep texting his phone because they had his number before asking if 'you and Chyna are good?' Yeah, we're good. We're straight.”

The drama reportedly stems from the fact that the two are living apart from each other until their baby is born, because they argue too much and they don’t want their fighting to affect their unborn child.

More: Rob Kardashian and Blac Chyna are still together, but are living apart

As a result, the Kardashian clan threw separate baby showers for them – but Rob didn’t show up to his after he found out that it was going to be filmed. After Kylie Jenner then told him that Chyna couldn’t go to it either, he lashed out on Twitter and released her number to the public.

Tweeting to his 6.69 million followers, the 29 year old ranted: “Didn't invite the Mother of my child to a baby shower you all were trying to throw for me? You all must have lost your damn minds.”

Didn't invite the Mother of my child to a baby shower you all were trying to throw for me ??? You all must have lost your damn minds ,,,????

“Here's what happened: Kim threw the shower. Kylie [was] the one that Rob called and told he wouldn't go to the shower, because she mentioned it was being filmed,” a source told Us Weekly earlier this week.