Rob Halford's cancer is in remission 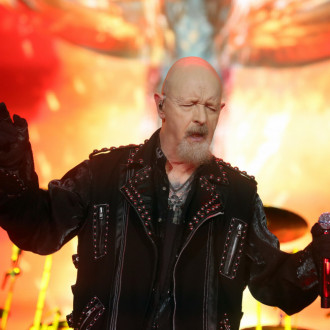 Rob Halford's cancer is in remission.

The Judas Priest frontman was diagnosed with prostate cancer amid the COVID-19 pandemic last year, and he is grateful to still be here and doing what he "loves the most".

In an interview with Heavy Consequence, the 70-year-old heavy metal legend shared: "I had my little cancer battle a year ago, which I got through and that’s in remission now, thank God.

"That happened while we were all locked down, so things happen for a reason as far as time sequence of events. I have nothing but gratitude to be at this point in my life, still doing what I love the most."

"I felt a combination of shock, horror and, oddly, relief — at least now I know! … 'Am I going to die?' It was all I could think of. I know blokes who've died of prostate cancer. 'No, you’re not going to die, Rob,' said Dr. Ali."

The 'Breaking The Law' rocker underwent a successful prostatectomy on July 5, 2020, before undergoing radiation therapy earlier this year, after cancer was found on the prostate bed.

Further to this, the musician underwent an appendectomy after a tumour was found on his appendix, and Rob admitted the ordeal was "draining".

He wrote: "It's been a draining year, I can't deny it, but I'm delighted to have come through it.

"I feel like I've had the most thorough MOT [measurements, observations and tests] that a Metal God can have."

Rob Halford's cancer is in remission