Rob Delaney has undergone a vasectomy because he and wife Leah don't want her to get pregnant again. 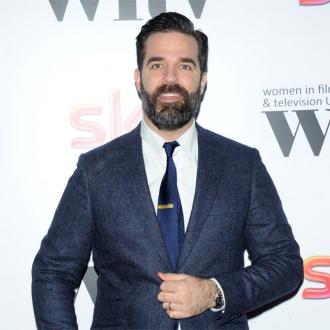 Rob Delaney has had a vasectomy.

The 43-year-old actor is ''sad'' he won't get his wife Leah pregnant again but opted to be sterilised following an ''insane'' six years, which saw the couple deal with the tragic death of their two-year-old son Henry from cancer in January 2018 while raising their three other boys.

However, the 'Catastrophe' star insisted that the pair haven't ruled out expanding their family in other ways.

He wrote for the Guardian newspaper: ''I did this because my wife and I don't want her to get pregnant again.

''It doesn't mean we don't want any more kids, it just means that if we did have any more, they'd have to be adopted or stolen or left to us because friends or family with young kids died in a plane crash or had their brain stems blown apart by less-lethal rounds fired at them at point-blank range while they were waiting in an 11-hour line.

''I am sad sometimes that I won't get Leah pregnant again. Our youngest recently turned two and it hurts to think that we won't make more chunky little nuggets together.

''We really love babies... But after an insane six years of being pregnant and breastfeeding, and sometimes doing those things while caring for a dying child. On balance, we're glad I did it.''

Because of the coronavirus pandemic, Rob has yet to undergo tests to find out if the operation was successful, but he and his wife have still been having unprotected sex.

However, he's confident it worked.

He wrote: ''Our field research (sexual intercourse to climax without pulling out) suggests that the vasectomy did work, since Leah used to get pregnant with the speed and purpose with which I run to the gas station when we're out of peanut butter. (It's the closest place that sells peanut butter.)''

While the procedure was a day surgery, Rob admitted there was a part of him who wanted a longer stay in hospital because it made him feel closer to Henry.

He wrote: ''Hospitals make me sad, but also give me a deep peace, as I spent so much time in hospitals while our son Henry was being treated for brain cancer.

''Starting just after his first birthday, he lived in hospitals for 14 months. He visited them often after that while he lived at home for the final seven months of his short, beautiful life.

''I fantasised about them telling me I'd have to stay in the hospital for a while, and I could just think about Henry and feel closer communion with him.

''But I was also glad it would be an outpatient procedure, so I could get home to my alive kids and wife, who need me. 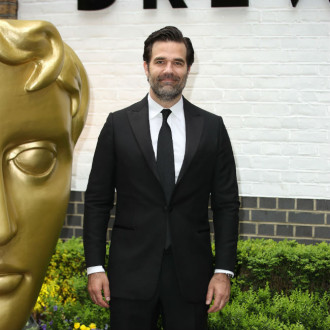