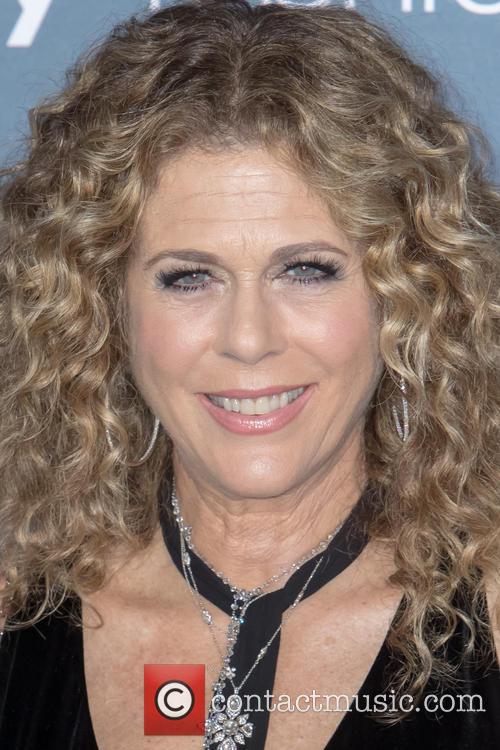 Chet Hanks, the son of Hollywood legend Tom, has confirmed he has a baby daughter and says she's helped him stay on the wagon.

The 26-year-old son of Hollywood actor Tom Hanks and Rita Wilson fathered a daughter in April and she's inspired him to turn his life around and stay on the wagon.

In a video message shared with his fans on Instagram, he said: ''I want to share something today because it's about to be shared anyway in the press, which is the fact that I have a daughter. I do have a daughter, she's the best thing that's ever happened to me, she's the reason why I turned my life around and got sober. I've been sober for over a year and a half from everything.'' 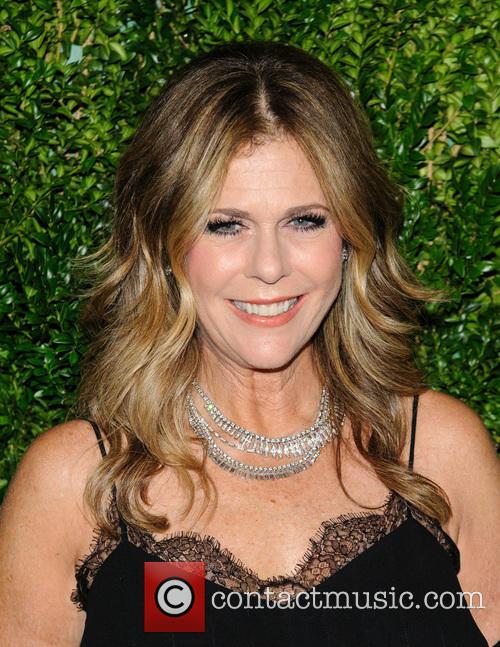 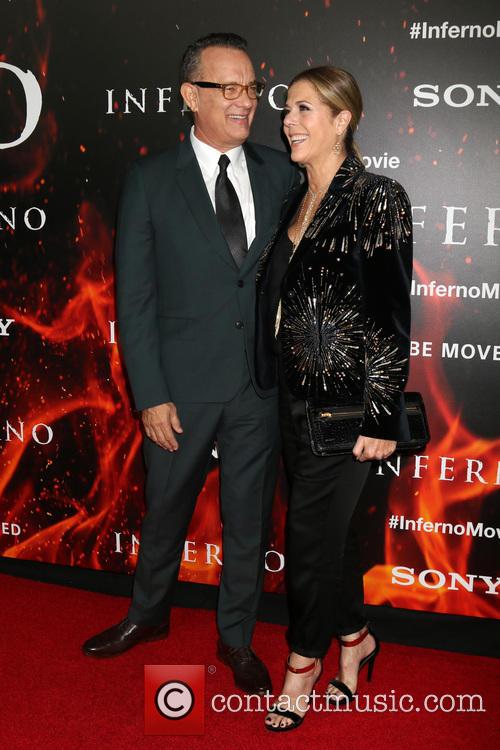 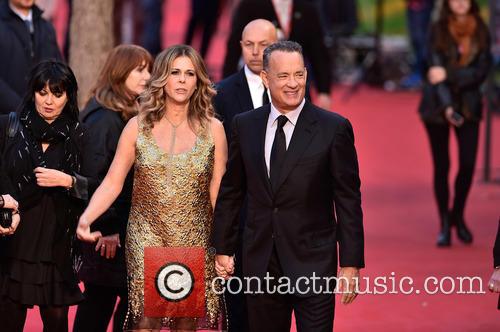 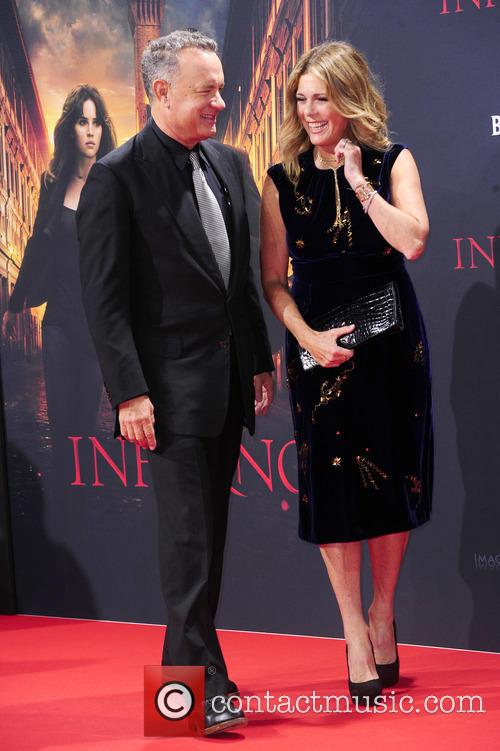 The 58 year old actress revealed she had been diagnosed with the disease last month.

Rita Wilson has opened up about her battle with breast cancer and how the illness actually managed to bring her and husband of 27 years Tom Hanks closer. The 58 year old actress underwent a double mastectomy after being diagnosed with the disease and is now in recovery, even returning to her Broadway play, Fish in the Dark. 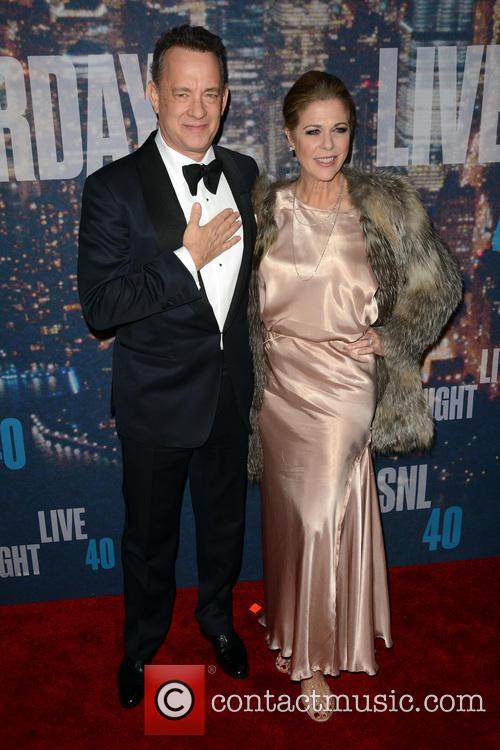 Wilson and Tom Hanks have been married for 27 years.

“Who knew it would make you even closer?” Wilson told the New York Times. “You never know how your spouse is going to react in a situation like this. I was so amazed, so blown away by the care my husband gave me. It was such a normal, intimate time.”

Continue reading: Rita Wilson Opens Up About Breast Cancer Battle And How It Brought Her And Husband Tom Hanks Closer

The cast of 'Girls' led by Lena Dunham posed alongside each other on the proverbial red carpet at the show's fourth season premiere held at the American Museum of Natural History in New York. Among the stars were Allison Williams, Zosia Mamet and Jemima Kirke.

Continue: Video - The Cast Of 'Girls' Pose Together At The Season 4 Premiere - Part 2

With the fourth season of 'Girls' set to debut of 11th January, the cast and various celebrities arrived at the New York première for the series.

The American Museum of Natural History in New York was the sight of something pretty spectacular on 5th January 2015. And no, it wasn't because Ben Stiller was running around at night with a magical tablet and entourage of historical waxworks that look oddly like famous film stars. The Museum was, however, the location for the premiere for season four of HBO's 'Girls'. 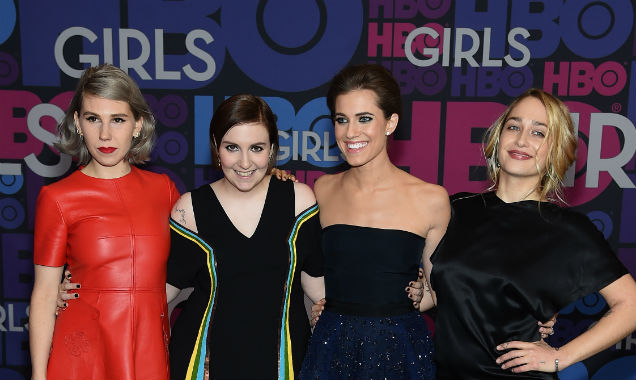 As well as the majority of the main cast, the premiere saw members of the supporting cast and various additional celebrities arriving to support the premiere. In addition to Dunham, Allison Williams, Jemima Kirke, Zosia Mamet and Adam Driver posing on the red carpet and with one another, 'Mad Men''s Jon Hamm and 'Star Trek''s Zachary Quinto also made an appearance. The event was similar to the way in which the premiere for season three took place at The Lincoln Centre in Manhattan and also saw a string on celebrities checking in to show support.

The Hollywood power couple will be in Washington D.C. to host annual ceremony which takes place on December 4th.

The National Christmas Tree Lighting event will this year be co-hosted by actor Tom Hanks and his wife Rita Wilson. The National Park Service made the announcement on Wednesday along with a host of musical performers for the event. 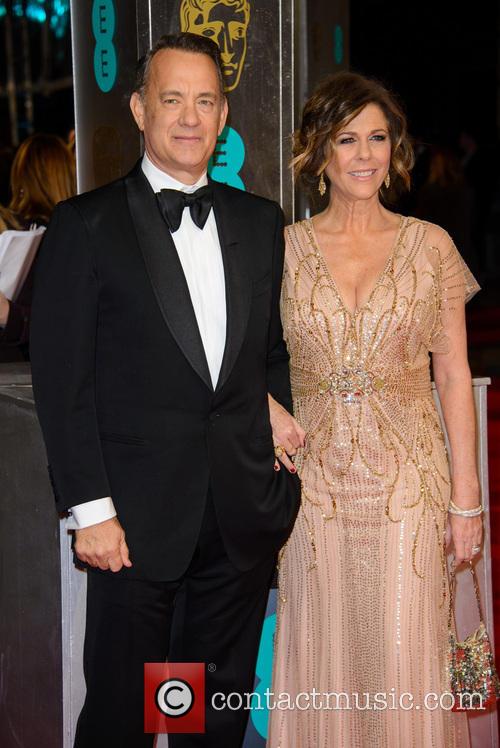 Tom Hanks and Rita Wilson will host the National Tree Lighting in Washington D.C. next week

Hanks, star of countless box office smashes and critically-acclaimed masterpieces down the years, will appear with his wife Rita, who is also an actress and a singer, will appear at the Ellipse in President’s Park near the White House on Thursday December 4th to host the ceremony.

The Art Of Getting By Review

By Rich Cline
OK
Mopey, style-free filmmaking undermines what might have been an engaging coming-of-age movie. The bright cast holds our interest, but the corny, too-cute plot will only be of interest to pre-teen girls.

In his senior year at a Manhattan prep school, George (Highmore) can't muster up the energy to do his schoolwork. A bright kid with serious artistic talent, he's in trouble with the principal (Underwood) for failing his classes. He's also uninterested in communicating with his mother (Wilson) or stepdad (Robards). The class' hot bad girl Sally (Roberts) takes an interest in him, but he can't do much more than follow her around, even when his mentor painter (Angarano) urges him to make a move.

Continue reading: The Art Of Getting By Review

Remember that string of "...from hell" psycho flicks in the early 1990s? There was "The Hand That Rocks The Cradle" (nanny from hell) and "Single White Female" (roommate from hell). Well, here's one that was missed at the time: legal guardians from hell.

"The Glass House" is a failed spine-tingler about a teenage girl (Leelee Sobieski) whose parents die in a car crash leaving her and her little brother a $4 million trust -- money their surrogate parents are just itching to get their hands on.

Following the funeral, Ruby and Rhett Baker (Sobieski and Trevor Morgan, "Jurassic Park III") move in with Terry and Erin Glass (Stellan Skarsgard and Diane Lane), seemingly wealthy old friends of their parents who live in a expensive, ultra-modern, ultra-stylish, windows-and-concrete house in the Malibu hills.

Julia Roberts and Richard Gere have the kind of spellbound chemistry that can make even a movie riddled with flaws feel like an instant romantic comedy classic.

Like Cary Grant and Rosalind Russell, Debroah Kerr and Yul Brynner, Billy Crystal and Meg Ryan, when Roberts and Gere share the screen, there's just no denying something magical is happening between them.

Their eyes lock when they just glance at each other. They crack giddy smiles like they just can't help it. They're drawn to each other like magnets.