Rita Ora and Cara Delevingne have developed a very special bond, they are officially 'wifeys', BFF4L (or something) and largely inseparable. They're so close that they share clothing, which normally wouldn't be something that anyone else would be able to notice. However, Cara was given a bespoke t-shirt by Grazia last year with her face on and 'Queen Delevingne' written on it, so when Ora was seen at a Burberry event rocking that very t-shirt, everyone knew whose it was really.

Speaking to Grazia at the event, Ora said she wore it for something of a joke. "[Cara] gave it to me and told me to wear it to Burberry as she said it would be funny for me to be wearing my face." Sure thing, it's hilarious. 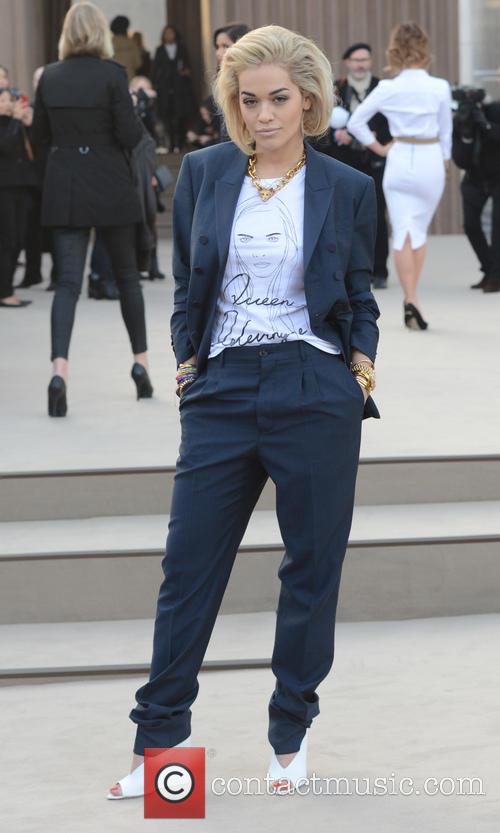 Ora has spoken about her very special friendship with the upcoming supermodel before. "She's officially mine. She's, like, untouchable. I've taken her off the market. We call each other 'wifey'. You know what a wifey means? It's like your other half. Like when you get married, like, that's your wife!" She told the Sun. "We are really similar but come from totally different backgrounds. I found someone who is exactly like me who isn't really from my world." BFFs Rita Ora and Cara Delevingne at the Brits