"Keep your hands off him," the new judge has said ahead of this weekend's 'x factor' return.

Rita Ora is fed up with female ‘X Factor’ wannabes flirting with Simon Cowell and is warning them that he is “off the market”.

Ora, who joined ‘The X Factor’ judging panel earlier this year, has spent the last week wading through the official auditions for the new series of the reality show that have been going on around the country. She hasn’t liked what she’s seen from some of the female contestants, however…

“I understand the power, it’s Simon with his T-shirt and jeans and all that, I get it. But there’s a limit you have to have, a bit of decorum you need to hold,” the 24 year old admitted. 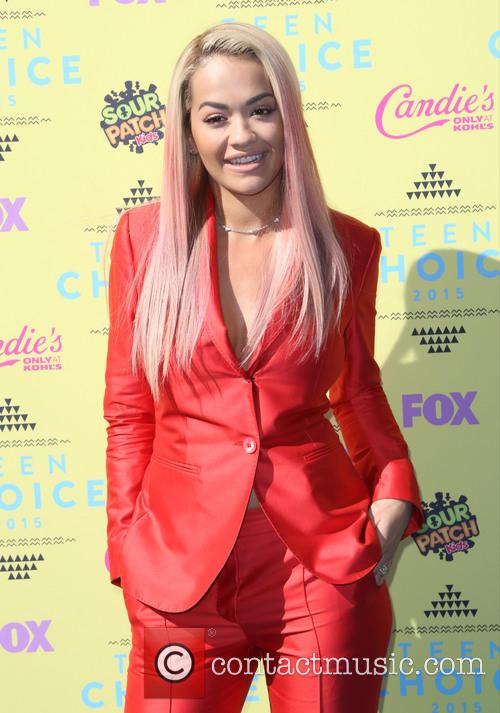 “When it crosses over that line I get protective,” the ‘Radioactive’ singer continued. “These judges have started to become really close to me like my family, so I am getting really protective of them. I was like, ‘Keep your hands off him because he’s obviously off the market’. I was serious!”

More: ‘X Factor’ viewers will get to vote on judges’ categories in new format twist

55 year old Cowell, who is in a committed relationship with his girlfriend Lauren Silverman, with whom he has a one year old son Eric, has seen the amusing side of Ora’s protective actions, recalling when a Welsh woman tried to win him over by baking him a cake.

“Rita got really annoyed about it! She only made a cake and that was it, but I could see that side of Rita coming out, it’s like, ‘I wouldn’t want to mess with you!’.”

However, Ora freely admits that she has a double standard when it comes to this behaviour and that she flirts with the male contestants! All in the name of getting better performances from them, though…

“I instigate it!” she said in the promotional interviews ahead of the show. “I don't think they go into it thinking, ‘I'm going to flirt with Rita’. Once I start instigating it they get more comfortable. My aim is to get them comfortable, to get the pressure off them, if I can, and then hopefully they will do a better audition.”

More: Paloma Faith and Boy George in, Tom Jones out in ‘The Voice’ shake up