Rita Ora was keen to make her US debut album as ''special'' as possible so has added tracks to her first LP and given fans a few surprises. 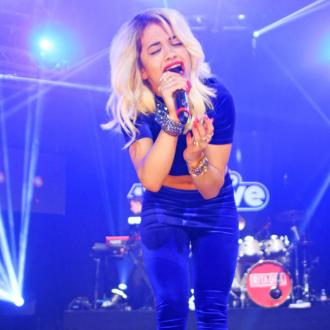 Rita Ora was keen to make her US debut album as ''special'' as possible.

The 'How We Do (Party)' singer's first album 'Ora' went stratight to the top of the UK charts when it was released last year and she wants it to do the same when it's launched in America so has added a few more songs.

Rita - who is signed to Jay-Z's Roc Nation - told MTV News: ''There's a few surprises. I don't want to give them away, but it's definitely in the Roc family. 2013 is really important for me because it's gonna to be the first time the US hears my official album and I wanted to put a few extra tracks on there and make it really special. So I'm basically giving you guys a whole new album of new material.

Rita, 22, says she has a lot of things planned for 2013 and has set her sights rather high.