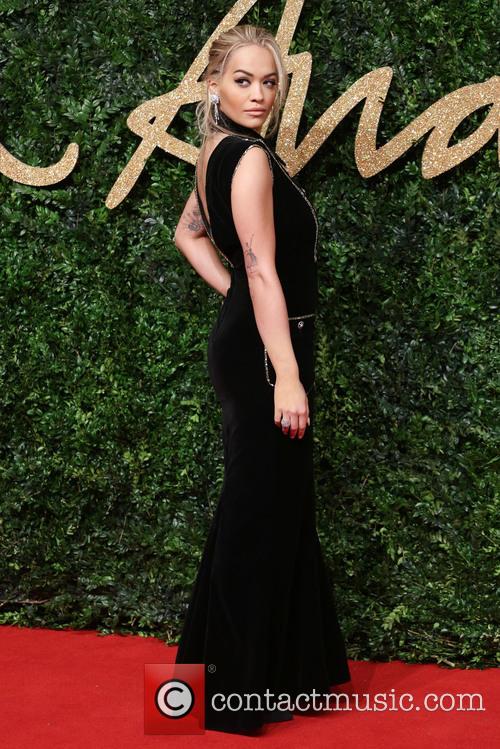 Rita Ora’s London home may have been targeted by the same gang who burgled Simon Cowell.

According to The Mirror, police are investigating whether the burglary at Ora’s house, which is less than three miles from Cowell’s, are linked. Police fear that both ‘X-Factor’ judges were robbed by a professional gang responsible for a series of recent nearby burglaries and that they made have had ‘inside help’.

A Scotland Yard spokesman said: “Police in Brent were called to an address at 5.54 on Saturday, November 28, to reports of a burglary. An investigation is under way. No arrests have been made.” Thieves are said to have taken cash and personal items worth thousands of pounds during the break-in, at Ora’s six-bedroom £1.3 million mansion.

A source told The Sun: “She is very shaken and has upped her personal protection and security at her homes. Of course she’s scared about her safety and the safety of her family. Thankfully, Rita wasn’t home at the time, but a family member was sleeping upstairs so it could have been so much worse if they had been disturbed.”

Speaking about the break-in at his home last weekend, Cowell admitted that he thought the thief had “inside knowledge” of the mansion .“He got up to the first floor and there were two doors, one to my bedroom and one to my bathroom, which leads to a dressing room where the safe was,” Cowell said.

“So he could have walked into my bedroom. Instead, he chose the other so he went through the bathroom. I think he had inside knowledge, definitely…“It’s just the feeling of that invasion, that someone was three feet away from you. It kind of creeps you out a bit.”