Rita Ora has described the song 'Us', which she collaborated on with Ed Sheeran, as one of the ''sweetest'' and most ''heartwarming'' songs she's ever heard. 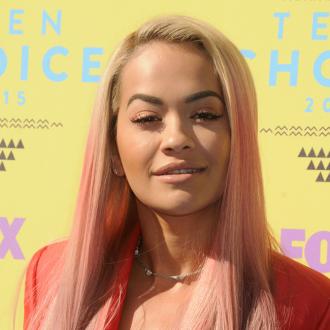 Rita Ora's collaboration with Ed Sheeran is one of the ''sweetest'' she's ever heard.

The 24-year-old singer teamed up with the 'Thinking Out Loud' hitmaker on the song 'Us' for her new album and she's admitted it's one of her favourites.

She said: ''For me, it's one of the sweetest, heartwarming, incredible love songs/reality that I've ever heard, and it kind makes me think, 'Thank God that someone wrote that in a song.''

Despite releasing the album 'Ora' in 2012, Rita has insisted she's treating her upcoming record as her first proper release.

She explained: ''I'm approaching it like it's my first record 'cause I haven't necessarily released a worldwide record before. It really presents the music I love as a fan of music, from my love of punk to hip-hop to R&B to soul.''

The 'Poison' hitmaker - who previously delayed the release of her album following her split from Calvin Harris - was also selective about who she worked with this time around.

She told Rap-Up.com: ''I made sure this album wasn't a one-way street. It's about expressing my sexuality, expressing my independence as a female, being really honest with my past and working with only a hand selected group of people.''

Rita also worked with Chris Brown on the song 'Body On Me' and the pair got up close and personal in the music video but she insists their relationship is purely platonic.

She added: ''It's definitely the most intimate video I've done so far. Chris is so fun to work with and being friends with someone and working with them, it kinda takes the pressure off, so it made it much easier actually and we were doing our job, we were doing a role, and we just created this concept and we acted out our roles.''