British star Rita Ora has given her fans a behind-the-scenes look at her latest music video. 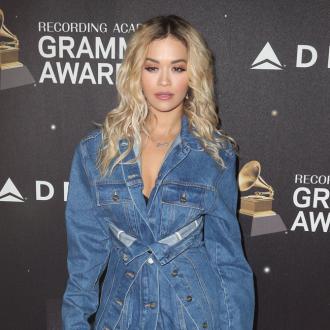 Rita Ora has given fans a behind-the-scenes look at her latest music video.

The chart-topping singer - who is due to release her long-awaited second album later this year - has teased the video for the track 'For You', which also features Liam Payne.

In the video clip, Rita is seen wearing a spectacular red dress as she wanders through a rose garden.

And after bemoaning the cold weather, the British star appears in some scenes with the One Direction singer, who is wearing a sharp suit.

The video teaser was released shortly after Rita, 27, revealed she is determined to prove her parents ''wrong''.

The singer was born in Kosovo, but her family subsequently fled the disputed territory to move to London, where Rita attended the prestigious Sylvia Young Theatre School.

Rita - who has enjoyed success in the music and movie worlds - explained: ''When I left school I definitely wanted to try this music thing. My mum and dad are very educated and have degrees, so they found it really scary that their daughter wanted to be a singer. I really tried to prove them wrong.

''My parents worked really hard to get me into that school and I hope I'm paying them back now.''

And she recently admitted that her new album will be ''quite personal''.

She shared: ''I've written a lot about my journey and the experiences I've had with people while getting to where I am today, being able to be free with my music.''